ASI Services, Inc. is the for-profit subsidiary of the

To print out a PDF with brief descriptions of all AAOMS Advantage Approved Partners, please click here. 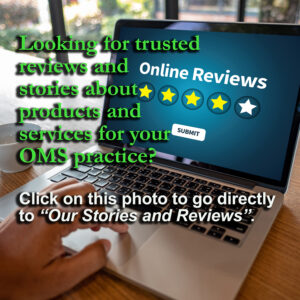 Our Stories and Reviews

“Sofi has the best rates by far for student loan refinancing. They were easy to work with and it was a very simple and efficient process. Additionally, they offer other financial products*.”

*Only the student loan refinancing has been reviewed and approved by AAOMS.

“MedXCom is by far the best answering service I have hired since opening my practice in 1995. It is very easy to use both for the patient and me. The iPhone app allows me to do everything on my phone. When you call the patient, MedXCom calls them and then calls you back, which masks your personal cell number. The service provides you a text message of a transcription of the patient’s voice message as well as the ability to actually listen to the entire message. It provides a date and time stamp of the call as well. I highly recommend this service to any Oral Surgery practice for On Call purposes.”

“Before Practice Quotient, we really didn't know how bad our insurance contracts were. We knew reimbursements were low, but we didn't think they were THAT low. We called Patrick at Practice Quotient to analyze the contracts we had. Patrick and his team showed us that we were actually losing money with some of the insurance companies we were contracted with. At first, Patrick, Scott and Nikki made some predictions that we thought were far-fetched. But with the swooping changes they made, they delivered!! I won't ever get involved with insurance negotiations without them."